You can travel by both bus and train from Parti Buntar to Ipoh. Travel by bus takes slightly longer than travel by train, however, bus services are more frequent.

There are 9 bus services a day from Parit Buntar to Ipoh which are available to book online.

Use the Search Box to buy your tickets from Parit Buntar to Ipoh. 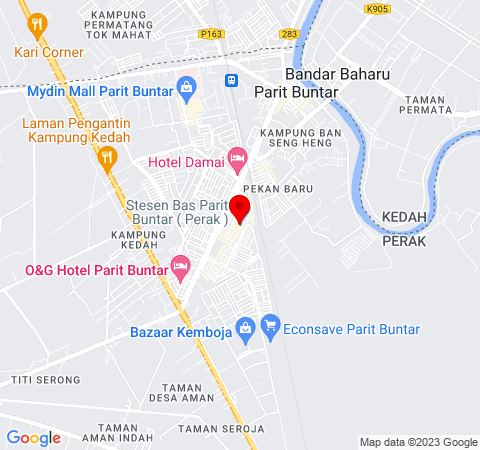 Ipoh’s main tourist attractions can be split into two groups: those located in the old town area of the city; and the numerous cave temples located on the outskirts of the city that you need a vehicle to visit. Ipoh’s old town area is very interesting because of the many heritage buildings dating back the period when Ipoh was a prosperous mining town under the control of the British Empire. In addition to the large European style buildings, such as the city’s railway station, constructed by the British, Ipoh has other old buildings constructed by the large groups of Chinese and Indian immigrants who came to work in the city in the late 19th Century and early 20th Century.

The hills around Ipoh, as well as being rich in iron ore, contain lots of caves. Many of these caves were used by Chinese followers of Buddhism to create atmospheric temples. There are eight you can visit: