There are 4 daily bus services from Mersing to Johor Bahru which you can book online.

Use the Search Box below to buy your bus tickets from Mersing to Johor Bahru. 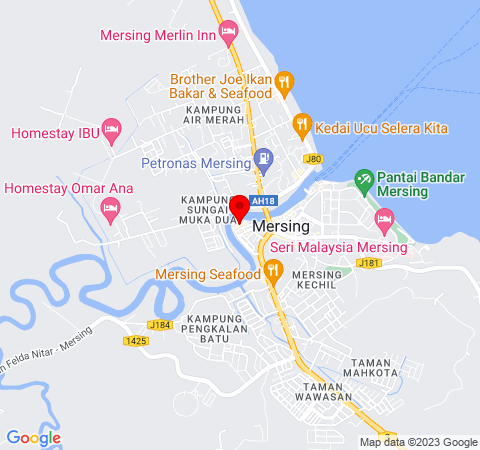 About Travel to Johor Bahru

Johor Bahru is a large thriving city with a city centre population of over 650,000 permanent residents. Johor Bahru is not, however, a popular tourist destination in its own right. The main leisure visitors to Johor Bahru are Singaporean day trippers and travellers on their way to and from Singapore. The visitors from Singapore mostly come for the shopping, or to visit one of the major theme parks such as Legoland or Danga Bay. The popularity of the city as a place for Singaporean residents to come for cheap shopping has diminished because of a perception of a high crime rate in Johor Bahru, which is certainly less safe than Singapore but not as dangerous as some North American cities.

Johor Bahru was founded in 1855 and for the first 100 years of its history under the influence, and then control, of the British Empire. One of the points of interest in Johor Bahru is the British inspired architecture such as the impressive Sultan Abu Bakar State Mosque, the Istana Besar and the Roman Catholic Church of the Immaculate Conception. Johor Bahru also has a handful of small museums and art galleries of interest. Of more interest to most visitors will be the city’s wide range of excellent and unusual food. Notable amongst the dishes you will find are fish head curries, interesting variants of classic dishes like roti canai, good Chinese food, south Indian cuisine and bakery products.