By bus the journey from Mersing to Ipoh is scheduled to take 8 hours 25 minutes. Mersing is the arrival point on the mainland for ferry services from Tioman Island.

Bus Times from Mersing to Ipoh

There is 1 daily direct bus service from Mersing to Ipoh which you can book online.

Buy Tickets from Mersing to Ipoh

Use the Search Box below to buy your bus tickets from Mersing to Ipoh.

Bus services from Mersing to Ipoh depart from Mersing Jetty Gateway which is the ferry port for connections from Tioman Island. 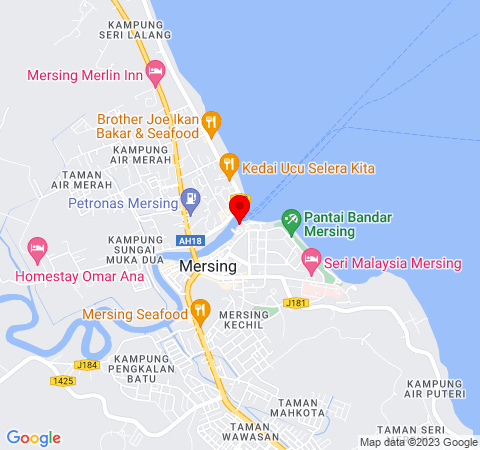 Ipoh, which is the fourth largest city in West Malaysia, has emerged during the last 10 years as one of the most popular tourist destinations in the country. Ipoh’s economy suffered badly as a consequence of the collapse of tin prices on international markets during the 1970s. For a long period commencing in the late 19th Century Ipoh had been a boom town which grew rich from the deposits of tin ore in the nearby hills, attracting large a large immigrant workforce and major investment from the British Empire. The era of British rule left the city with impressive civic buildings including a massive railway station, town hall and high court, all built in European style. The city’s Chinese and Indian communities also built some impressive buildings in and around the city’s old town area. Ipoh has a Heritage Trail which visitors can follow on foot which goes past 27 sites of historical interest as well as past many of the fantastic wall murals created by artist Ernest Zacharevic.

Ipoh also has some interesting attractions outside the city centre which you need transport to visit: