By bus the journey from Kuala Perlis to Melaka (also known as Malacca) is scheduled to take from 9 to 16 hours depending upon which service you take.

There are currently 3 bus services a day from Kuala Perlis to Melaka available to book online.

Use the Search Box below to buy your tickets to travel from Kuala Perlis to Melaka. 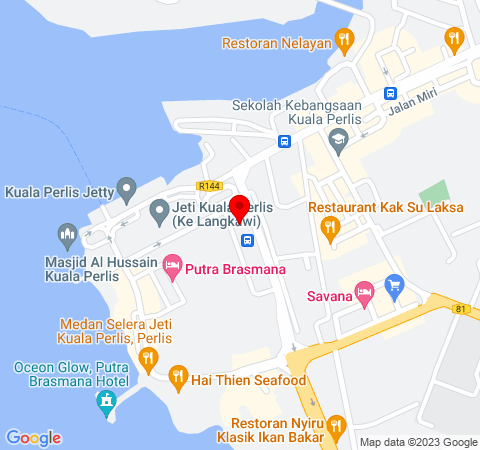 Melaka is a large city, with around 500,00 permanent residents, and it’s also one of Malaysia’s top three tourist destinations, along with Kuala Lumpur and Penang Island. Like George Town in Penang, with which Melaka holds joint UNESCO World Heritage Site status, Melaka is a city with an historic city centre. Melaka’s history, however, goes back further in time than George Town and is much more diverse. George Town was founded in the 18th Century and was always very much a British controlled colony until Indpendence. Melaka was founded around 300 years earlier and control of the city has passed from the former Sultan of Singapore, to Portuguese colonialists, then Dutch colonialists before finally becoming part of the British Empire. All these different controlling powers left their mark on the city’s architecture, culture and cuisine, as did the many Chinese and Indian immigrants who came to Melaka when it was a flourishing trading centre.

Modern day Melaka has lots to see and do, and to commend itself as a short break destination. Melaka has a very developed tourist infrastructure of hotels, restaurants, bars, street markets and shops which make it a comfortable and easily accesible destination for visitors. The main sights in the city are also fairly closely closely grouped together in an historic city centre area in and around Dutch Square, which itself host two major tourist attractions: the Stadthuys and Christ Church Melaka. A short walk away is the Malacca River along which the local authorities have invested in creating a riverside walkway which we recommend as it travels past some interesting buildings and lots of popular riverside bars and restaurants.