Templer Park is a 12.14 square kilometre nature reserve only 23 km by road from Kuala Lumpur city centre making it an ideal destination for a day out away from the busy city.

Templer Park is one of Malaysia’s oldest nature reserves, established in 1954 by the local Sultan. The park is named after Sir Gerald Templer which is both famous and notorious in the history of the region as the distinguished British Army officer drafted by Winston Churchill in 1952 to serve as the High Commissioner for Malaya to suppress the peninsula’s growing independence movement. Sir Gerald was very successful in the short term through  combination of brutality and generosity to collaborators. The park named after him, by way of contrast, is a place of innocent tranquillity and wholesome family, albeit strewn with the litter of many less than considerate visitors. Yon can get there by bus from Petaling Jaya but travel by private car is by far the better option. Near the car parking area are toilets and a field with some small amusing monkeys, looking for food from visitors, and a number of stalls selling snacks and drinks. A short way from the car parking area is a camp site area with BBQ pits and wash rooms, available for a small fee.

Templer Park doesn’t have tourist attractions like canopy walkway or zip line, but it does have a wide range range of plants, animals and bird life. Hawk-cuckoos, forest wagtails and barbets are frequently spotted. The main activity in the park is to walk to the waterfalls, which have 7 levels and a pool you can swim in at the bottom. Many visitors choose to take food and drink with them to consume by the pool at the bottom of the waterfalls which explains the noticeable amount of rubbish left there, often left on the ground close to the many rubbish bins installed nearby.

There are five different walks you can do, all starting and finishing at the car park. Be careful not to get lost, as did a Danish visitor in 2008 who spent 12 hours wondering around Templer Park before stumbling upon a road. The 5 trails are: 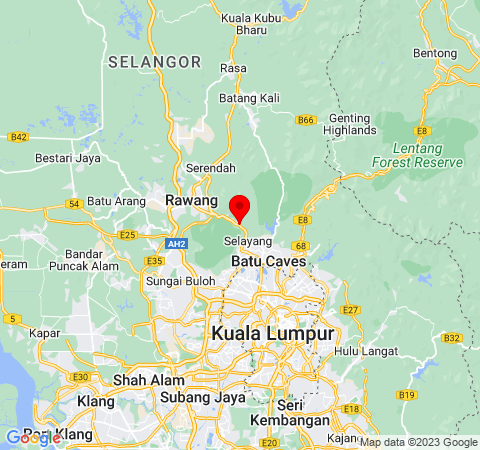