Kampung Kling Mosque in the historic centre of Melaka, also known as Malacca, is one of the oldest mosques in Malaysia with distinctive architectural features which makes it a popular tourist attraction.

Kampung Kling Mosque was established in 1748, although the original wooden buildings were replaced by the brick and concrete structures in 1872. The name ‘Kampung Kling’ is a reference to the South Indian community that lived in the area at the time the mosque was established. ‘Kampung’ means village in Malay and ‘Kling’ was a commonly used colloquial term for South Indian Muslims.

Like many mosques in South East Asia, Kampung Kling Mosque occupies a square site. What makes it unusual, however, is the very wide variety of architectural styles and European style materials used in the construction of the buildings. The most distinctive feature being the minaret which is styled like a Chinese pagoda.

In many respects Kampung Kling Mosque is representative of the city of Melaka whose history has been shaped by a wide range of cultural influences from Europe, Asia and the Middle East brought to the city by the immigrants who come to live and work in this once very busy trading centre. 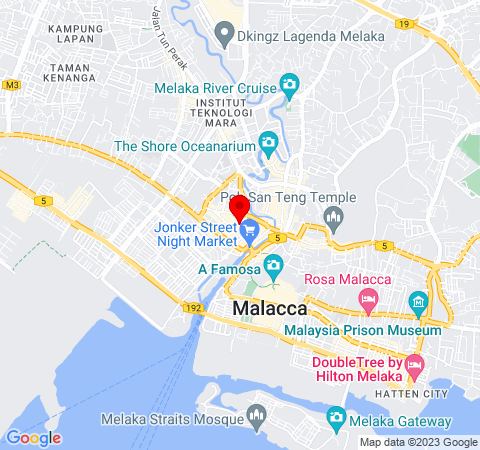