Located on the historic Dutch Square in Melaka, also known as Malacca, Christ Church Melaka is one of the city’s most distinctive landmarks.

Christ Church Melaka is open to visitors every day from 09:00 to 16:30 except on Sundays when the church is used for organised group worship and Sunday school activities.

Christ Church Melaka was originally designed in the Dutch architectural style with the length of the church (27 metres) being precisely double the width of the church (13.5 metres). The ceiling inside the church is 12 metres above the ground at the highest point of the church. The building also has thick walls and Dutch style roof tiles, which are further common characteristics of Dutch colonial architecture. Inside the church are long wooden pews which are more than 200 years old and some very old light fittings. Some of the more unusual features of the church are the tombstones embedded in the floor of the church with inscriptions in Portuguese and Armenian. One of the theories about these peculiarly placed tombstones is that they may have been removed from the church when the Dutch took over the city and then subsequently incorporated into the structure of the floor by the British at point after 1838. The red colour scheme was added to the church in 1911, which had previously been painted white. 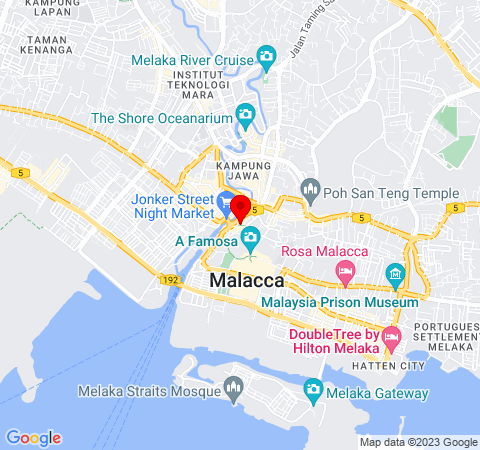