Bastion Middleburg is a 17th Century fortification in the city of Melaka, also known as Malacca, in West Malaysia.

Bastion Middleburg is open to visitor all hours, every day of the year, and admission is free.

Bastion Middleburg faces onto the Malacca River in the centre of Melaka city near Dutch Square. The fortification is part of a defensive wall that ran 1.5 km around the historic central area of Melaka, which contains important buildings like St. Paul’s Church, Christ Church Melaka and the Stadthuys.

Bastion Middleburg was added to the existing city fortifications in 1660 following the capture of the city from Portuguese in 1641 by the Dutch. Melaka occupies a strategic location on the straits between the Malay Peninsula and the island of Sumatra. The straits were the quickest route between India and China, and also the safest in terms of avoiding pirates. The Malacca River was also an important access point to the interior of the Malaya peninsula. For these reasons the city had come under frequent attack over the preceding centuries making effective fortifications very important to anyone who wanted to maintain control over the city.

A ‘bastion’ is a structure which projects from an otherwise straight wall allowing defenders a line of sight along the length of the wall. Canon were installed along the outer three sides of the wall providing a vantage point to attack shipping attempting to pass along the river, which in the 17th Century was wider than it is today.

Bastion Middleburg was nearly entirely destroyed in 1807 by the invading British forces who formally took control of the city in 1825. What stands today is a reconstruction of the original structure using historical documents and excavation work to establish the exact location of the original walls.

The reconstruction of Bastion Middleburg, however, was not without controversy. Local historians, such as Dennis De Witt, have suggested that the reconstruction is much smaller than the original building and the history of the site would have been better preserved by simply uncovering the walls of the original building and providing information to allow visitors to better understand what the bastion would have originally looked like. 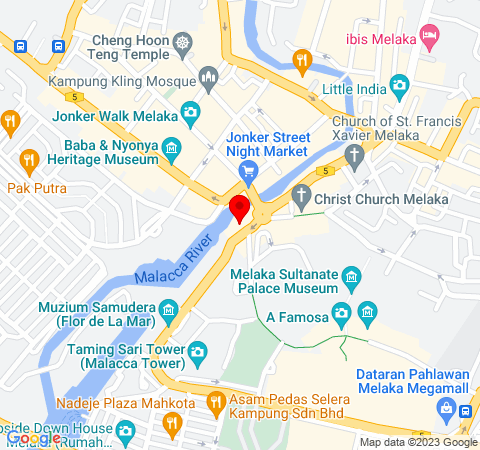